In Brandenburg, the activities of the plastics association Kunststoff-Verbund Brandenburg Berlin KuVBB e.V. make a decisive contribution towards connecting businesses and scientific institutions in the field of plastics. Additionally, at the cross-state level a close cooperation has been established with the Cluster Chemistry/Plastics Central Germany as well as with the Central European Chemical Network (CeChemNet).

Chambers of commerce, sector and business associations, trade unions and other stakeholders offer a broad variety of services that are actively supporting the development of chemistry and plastics businesses in the state of Brandenburg.

The employers’ and trade association of the plastics processing industry in Berlin and Brandenburg, AKB, represents the economic and socio-political interests of highly specialised businesses of the plastics processing industry in the region of Berlin-Brandenburg. Providing support, information and a network for its member companies are some of the most important tasks of the AKB. Furthermore, the AKB has experts who provide answers to all of the questions related to everyday entrepreneurial activities. In the framework of its services it provides information and consulting services on many important topics. Education and qualification are two key terms coining the everyday work of the AKB member companies in the region of Berlin and Brandenburg.

CeChemNet is a network that transcends individual locations and sites and unites six chemistry industrial parks in central Germany. Project partners are the chemical companies of the chemistry centres Bitterfeld-Wolfen, Leuna, Schkopau/Böhlen, Zeitz and Schwarzheide. The partnership is being complemented by the participating associations of NORDOSTCHEMIE as well as by the scientific consulting and services company isw, Gesellschaft für wissenschaftliche Beratung und Dienstleistung mbH. The Central European Chemical Network is an interdisciplinary union that combines different kinds of expertise as well as specialised know-how in the field of location development and successful management of chemistry industrial parks.

The Chamber of Commerce and Industry Cottbus is the statutory self-governing body of the business community in the district Cottbus. The state has delegated tasks to the Chamber, which it fulfils autonomously. The main tasks of the Chamber of Commerce and Industry of Cottbus include fostering the economy in its district, advocating the overall interest of all the businesses that belong to the Chamber, fulfilling the tasks delegated to it by the state in a practical and non-bureaucratic way mainly in the fields of training and qualification, balancing and considering the economic interests of the individual sectors and handicraft businesses, offering competent and customer-oriented services for its member businesses and helping defend integrity and instil morals in business dealings.

The Chamber of Commerce and Industry Cottbus is the statutory self-governing body of the business community in the district Cottbus. The state has delegated tasks to the Chamber, which it fulfils autonomously. The main tasks of the Chamber of Commerce and Industry of Cottbus include fostering the economy in its district, advocating the overall interest of all the businesses that belong to the Chamber, fulfilling the tasks delegated to it by the state in a practical and non-bureaucratic way mainly in the fields of training and qualification, balancing and considering the economic interests of the individual sectors and handicraft businesses, offering competent and customer-oriented services for its member businesses and helping defend integrity and instil morals in business dealings.

The Cluster Chemistry/Plastics Central Germany was created in 2003. It is a platform for cross-state cooperation between Brandenburg, Saxony, Saxony-Anhalt and Thuringia and was launched by the industry. Large as well as small and medium-sized enterprises, their associations, education and research institutes, service providers as well as representatives from the field of politics and from the administration use it for their cooperation activities.

FIRM is a network that puts a considerable focus on regional project development and technology transfer; its umbrella institution is the society for supporting the innovative region Central Brandenburg “Gesellschaft zur Förderung der innovativen Region Mittelbrandenburg e.V.”. The network was created in 1999 and it is tightly bound to the Technical University of Applied Sciences Wildau; it aims, together with local businesses and authorities, at sustainably strengthening the innovation competence and thereby the competitiveness of research and development institutions.

The district Berlin-Mark Brandenburg is the largest district of the IG BCE in terms of its area, which spans over 48,000 km² and makes it larger than Switzerland; it encompasses the states Berlin, Mecklenburg-Western Pomerania and Brandenburg without Lusatia – three federal states that differ in their industrial structure and economic development. Its support work focuses on the chemical industry, energy industry and water industry as well as the plastics processing industry, the glass producing industry, and the gypsum, paper, ceramics, natural rubber and leather processing industries.

The plastics association Kunststoff-Verbund Brandenburg Berlin stands for cooperation, qualification and public relations work; it focuses on all the interested parties within the sector and entertains contacts with other networks and relevant political bodies.

The plastics network of northern Germany, NORKUN, is a technology-oriented network and its purpose lies in the field of the production, processing and application of plastics; in this field it is supposed to foster international cooperation and collaboration in the federal states in the north of Germany between the fields of research, development and economy; additionally, it is supposed to foster a mutual transfer of knowledge, to mediate research capacities for small and medium-sized enterprises, to support and acquire young talents for the sector in schools as well as through skilled employees training and higher education. Furthermore, it acts as a lobbyist, paints a proficient picture of the sector vis-à-vis the public, and entertains close relations with political representatives, with associations and with networks. The network aims at creating an association that will represent the interests of the sector in the future as well.

The German part of the pan-European organisation PlaticsEurope, the association PlasticsEurope Deutschland e.V., is the association of the plastics manufacturers in Germany. The Region Central Europe – one of five regions of PlasticsEurope – is headquartered in Frankfurt/Main and it encompasses Germany, Austria, Poland, Switzerland, the Slovak Republic, Slovenia, the Czech Republic and Hungary. PlasticsEurope is a leading European trade association, with centres in Brussels, Frankfurt, London, Madrid, Milan and Paris. It cooperates closely with other European and national plastics associations. The more than 100 member businesses produce more than 90 per cent of the plastics produced in the 27 EU member states and in Croatia, Norway, Switzerland and Turkey.

Very early on, the state of Saxony-Anhalt boasted a stable series of sector networks owing to the region’s important, traditional and well-established local chemical and plastics industry; these networks exert an influence on Brandenburg as well. A typical example in this regard: the activities of the association Polykum e.V., which supports polymer development and plastics technologies in central Germany. The network pursues the goal of improving the competitiveness of all the parties involved in it through intense collaborations and mutual support in the framework of the cooperation network.

The association and, at the same time, education centre for plastics POLYSAX - Bildungszentrum Kunststoffe Bautzen e.V. is an initiative by the business community and by industry-focused institutions. It is also a platform that provides guidance for vocational training in the field of plastics engineering, for industrial engineer study programmes in the specialised field of plastics technologies and for extra-occupational further education/qualification in Saxony. POLYSAX serves as the first point of contact providing information on the many companies of the plastics processing industry in Saxony that offer interesting, technologically demanding professional training or extra-occupational education opportunities and that participate in study programmes. 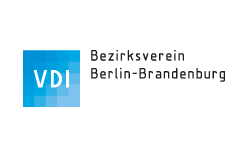 The Work Group wants to show engineers the diversity in the field of plastics (their production, processing and applications) and to support them in their everyday challenges.